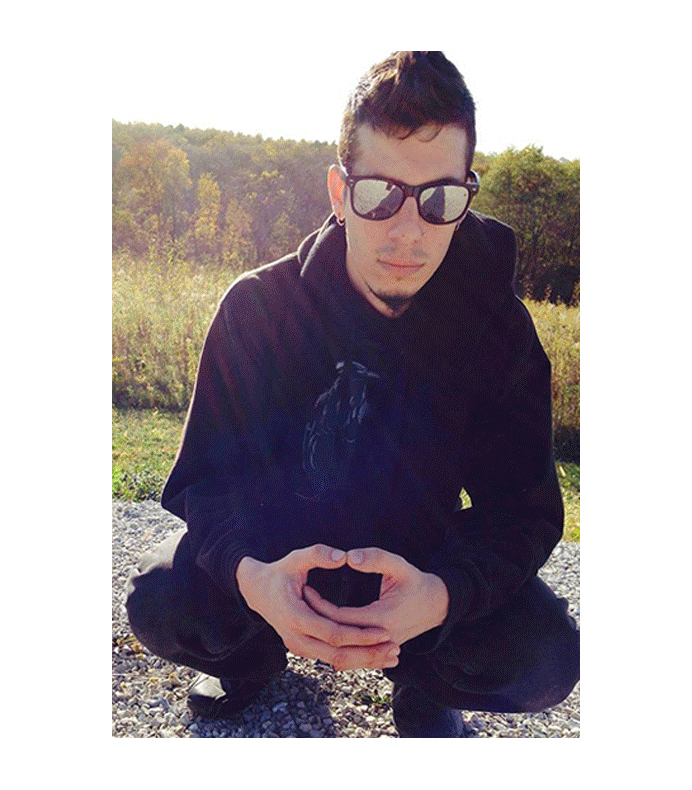 Astro Raph (now simply Astro, born Jacob Shier) began producing and DJing in 1993 in Fairfeld, Iowa. Astro moved to Boulder Colorado in 1996. He DJ’d raves, night clubs and house parties in Boulder and Denver. Astro appeared on a compilation in 1998, Freakie People presents “Awake In The Lap Of A Dream” (going under the name ‘Yacob’). While in Boulder he also did a weekly 3 hour show on Amino internet radio, which later became Gogaga. While in Boulder, Astro had the opportunity to open for Ambient DJ Mix Master Morris (aka The Irresistible Force).

In 2001 Astro moved back to Fairfeld, taught electronic music production, DJ’d many events and threw parties. He also DJ’d clubs in Iowa City.

In 2005 Astro moved to Hawaii and hooked up with local DJ crew ‘ChillTown Maui’. In 2007 Astro got signed to Black Bridge Records appearing on a compilation with Bassnectar titled “Natural Selection”. He did two more releases with them before getting signed with Cold Busted Records, his frst release being a remix of Gramatik’s “Tearin’ It Up”. He held down several residencies while on Maui, some for 3-5 years, including Saturday nights at Spats (along with DJBlast), Friday Nights at Ambrosia Martini Lounge and Wednesday nights at South Shore Tiki Lounge with DJ Decka as ‘ThE A.d.D. tWinS”. He also had the chance to open for DJ Cheb I Sabah and for DJ Daniel J. 2011 saw Astro voted best DJ of the year in island newspaper ‘Maui Times Weekly’.

Astro Raph’s single ‘We Believe’ was released on Cold Busted’s Bust Free Compilation in July of 2013 and made it to beatports chillout charts remaining there until the beginning of November, peeking at number 16 for about two weeks. Other songs of Astro Raph’s that have charted in the past and made it to the teens of beatports charts include ‘2 People’, ‘Krystian Shek – Wet Dreams

In 2016 Astro Raph signed a release with another label focused on ambient and electronica with chill-trap infuences, Cyborg Recordings, based out of Santa Cruz.

In 2016 Astro began his college education in Music Theory and at the end of 2017 he moved to Chicago where he currently interns at Maek Records. Astro is currently working on a new release with Maek, along with yet another duo project with Andrey Surkov for ColdBusted Records. Astro also recently joined Proper Chicago Drum and Bass crew and is being booked with them at The Debonair Social Club regularly. He plans to continue music college at The SAE Institute in Chicago.